I had a great time in South Africa from the 17th to the 29th of June, including a spell in the Karoo National Park (just outside Beaufort-West) during the time of the full moon.

More than half the roads in KNP are only suitable for 4×4 vehicles, so it was a good thing I’d hired a Land Cruiser. It doesn’t do acceleration or high speed, but it definitely does torque … 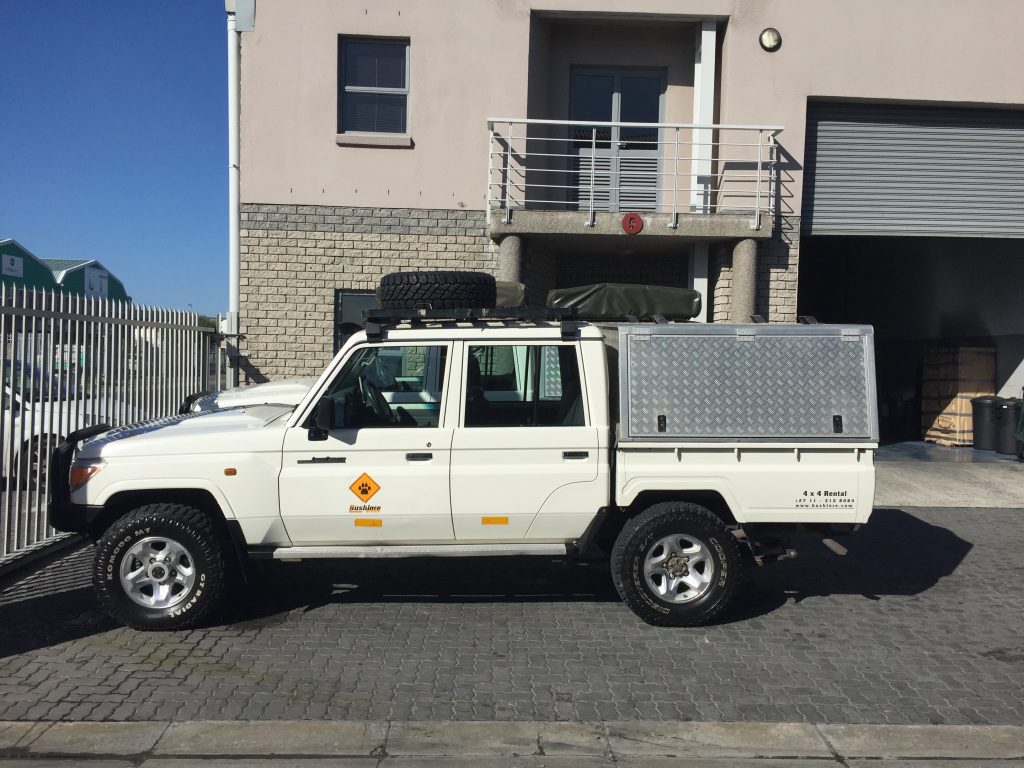 The map below shows some of the routes in the Park. The black squares indicate lion sightings. There are only 15 lions in KNP and we were fortunate to see four of them: a male and female lion during a night drive (they had jumped into the road right next to our vehicle as they were preparing to cross the road) and also a couple of lionesses from further away in the early morning (they had walked all along the perimeter fence of the main camp). Unfortunately none of our lion sightings were good enough for pictures, but there were plenty of other delights on offer. 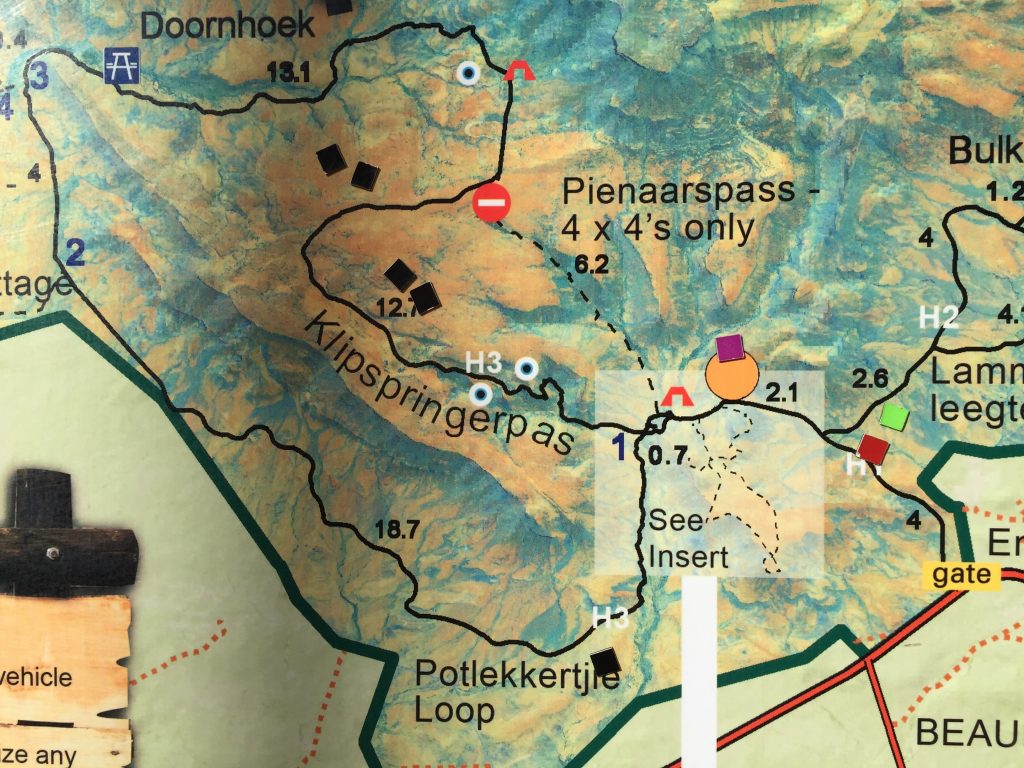 The Karoo is a fascinating place: one of the most ancient landscapes on the planet with fossils that predate the dinosaurs!

Below is a picture of the full moon over the Great Escarpment, with the dolerite sills which top the escarpment and give these structures their characteristic flat-topped appearance. 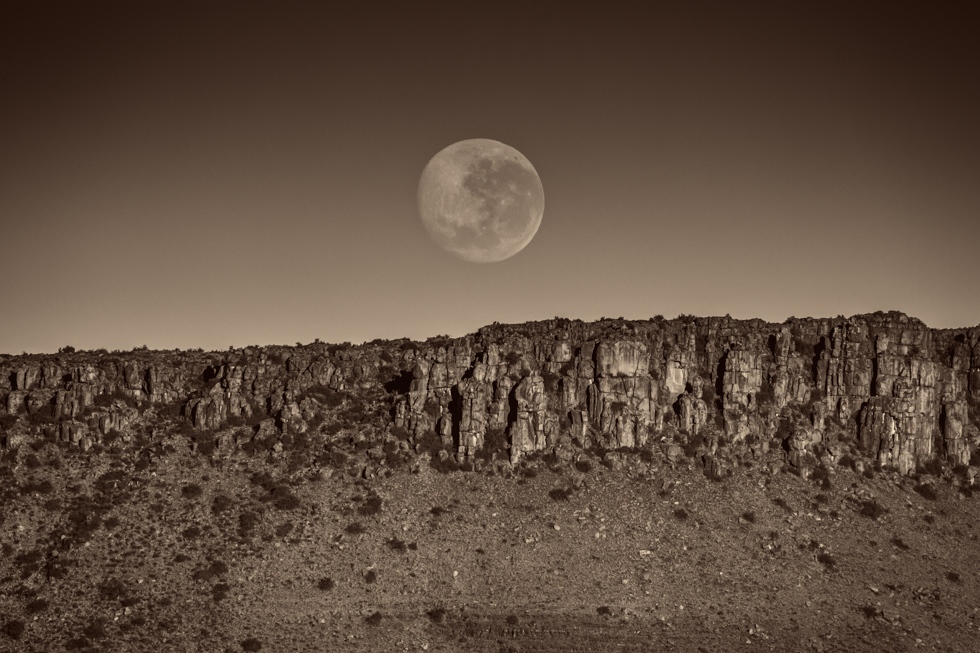 One of the many charming features of KNP is the abundance of zebra: the Park delivers ample sightings of both the Cape Mountain Zebra and Burchell’s Zebra (the latter has been bred with Quagga characteristics). Here is one of my favourite zebra pictures from the trip: Cape Mountain Zebra in the Early Morning. 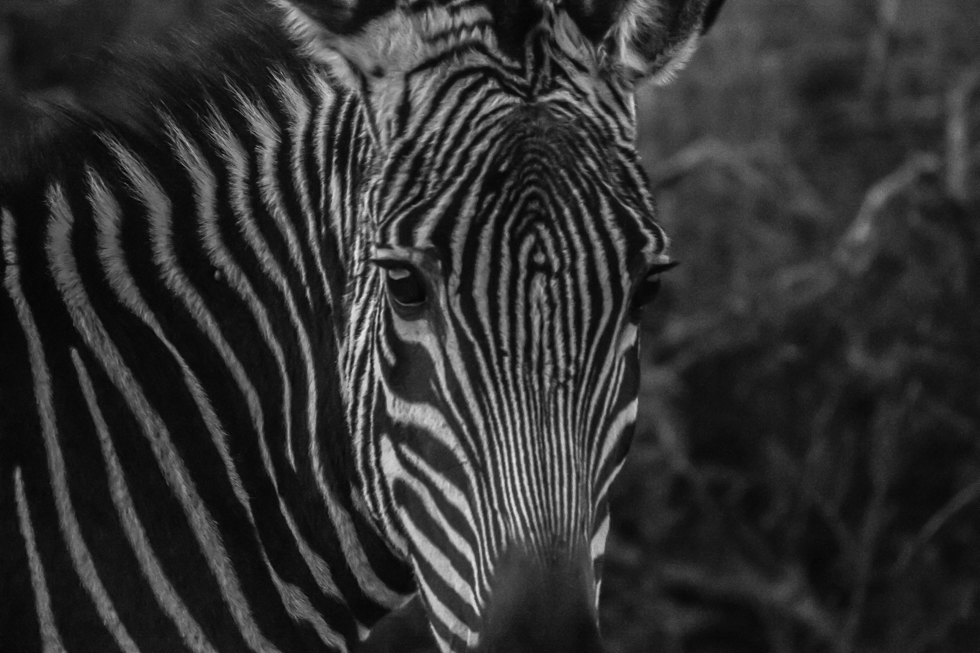 The picture below shows the full moon setting in the crook of the Nuweveld mountains. I love the soft pastel colours of the early morning, and the thorn tree in the foreground emphasises the Karoo landscape 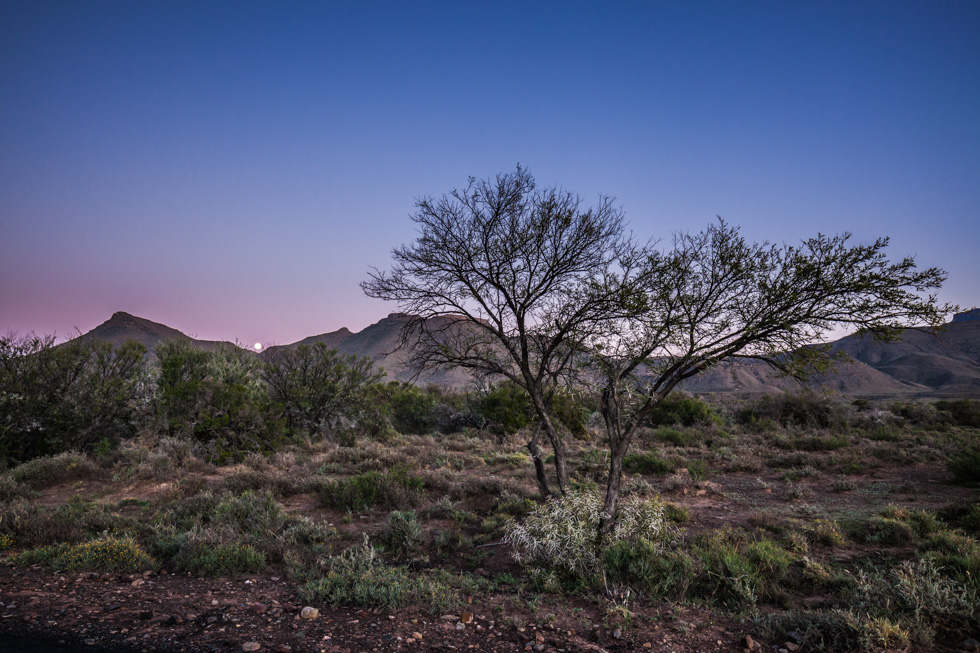 The sight of windpumps always takes me back to my childhood, visiting friends on farms in the Eastern Cape in South Africa. In the Karoo they also serve an invaluable purpose, raising ground source water in areas where rainfall is low. This water can provide a lifeline for people, wild animals and livestock. Interestingly, windpumps were used to pump water since at least the 9th century in what is now Afghanistan, Iran and Pakistan. Anyway, what I love about this picture is the way that the cloud swirls above the thorn bush, almost as if the windpump has conjured some magic out of the dry veld. 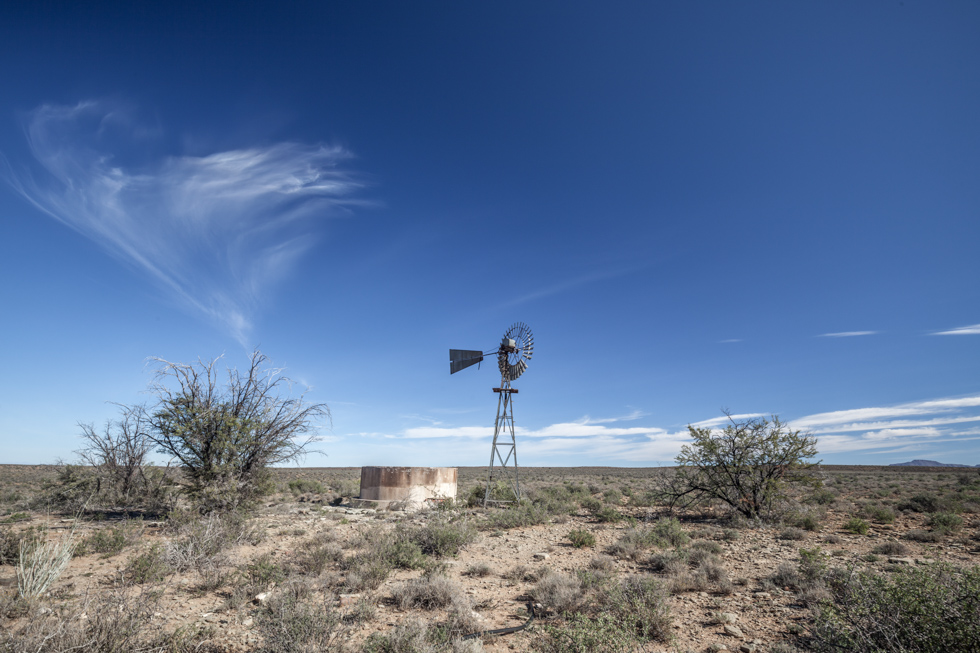 Here’s another one of my favourite landscape pictures from the Karoo project: Sunset with Thorn Bush. 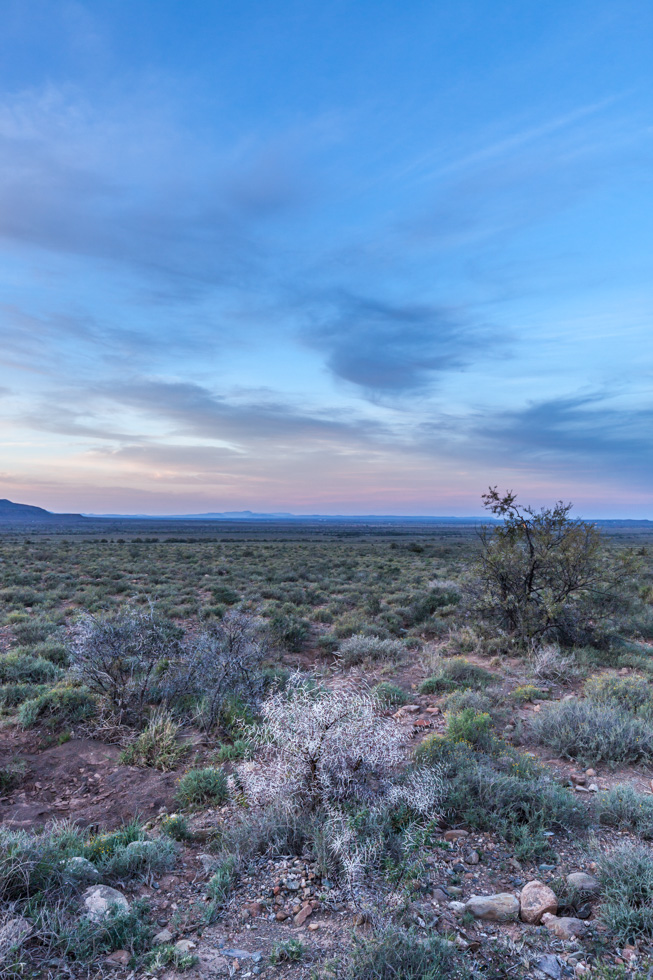 Although we didn’t have the best lion sightings there were plenty of other animals to compensate. A particular favourite was a couple of bat-eared foxes who ventured out in the late afternoon. One is fortunate to get to see these great small mammals as they are mainly nocturnal. 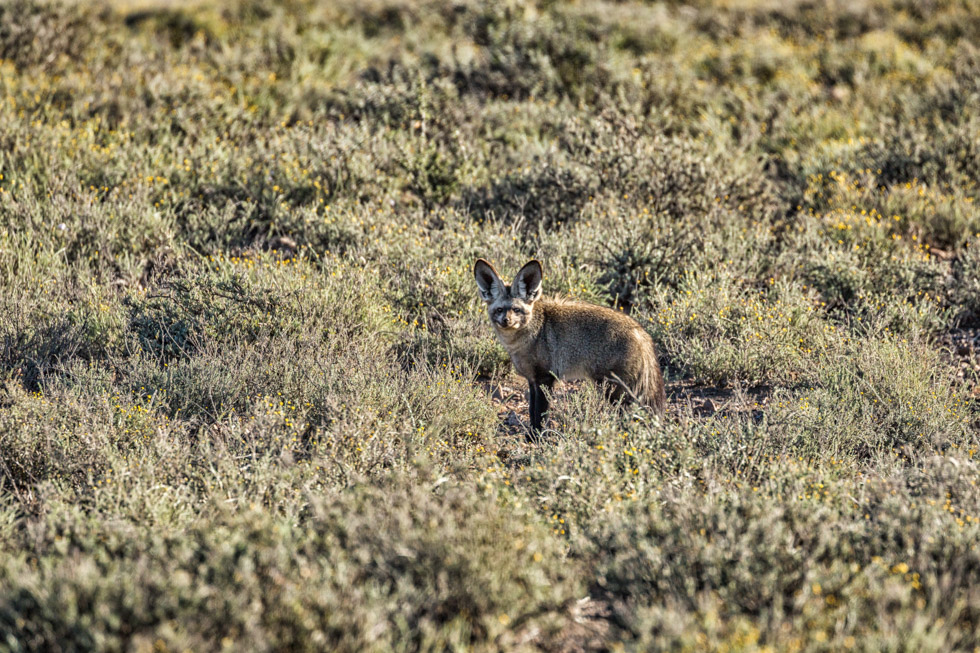 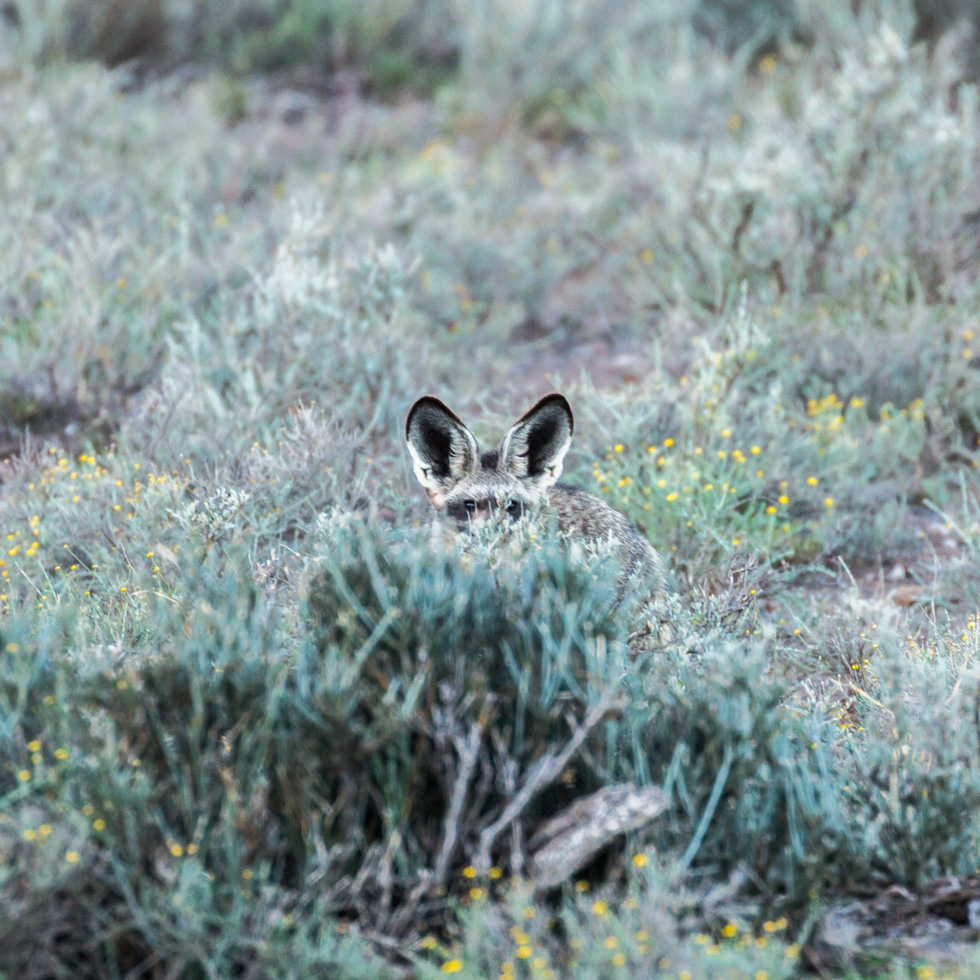 Ostriches are a common sight in the Karoo landscape. One of my favourite pictures of these peculiar birds is this one of a grouping of three: 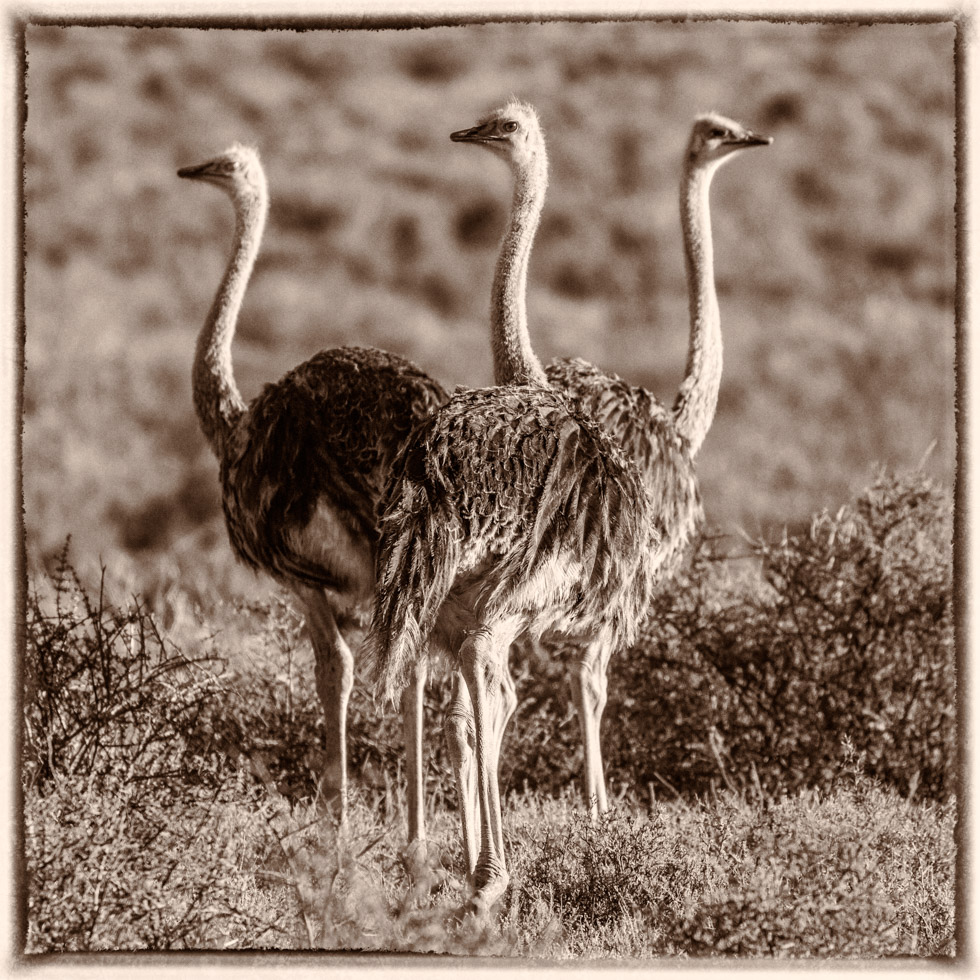 It is always special to see birds of prey up close, and I was fortunate to get a shot of this Lesser Kestrel. These lovely birds are classified as vulnerable in the wild. Their diet consists mainly of insects and other invertebrates, so this female might well have been observing the two circling insects and wondering if she could grab them from the air. 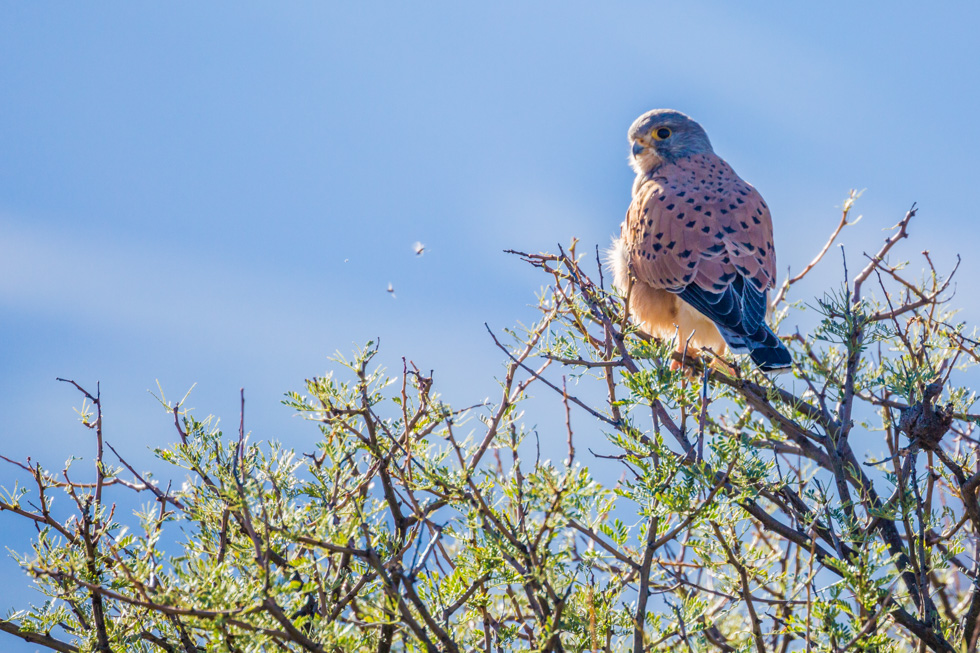 A very special sighting on our safari was a Verreaux’s Black Eagle taking off from a perched position on the cliffs: 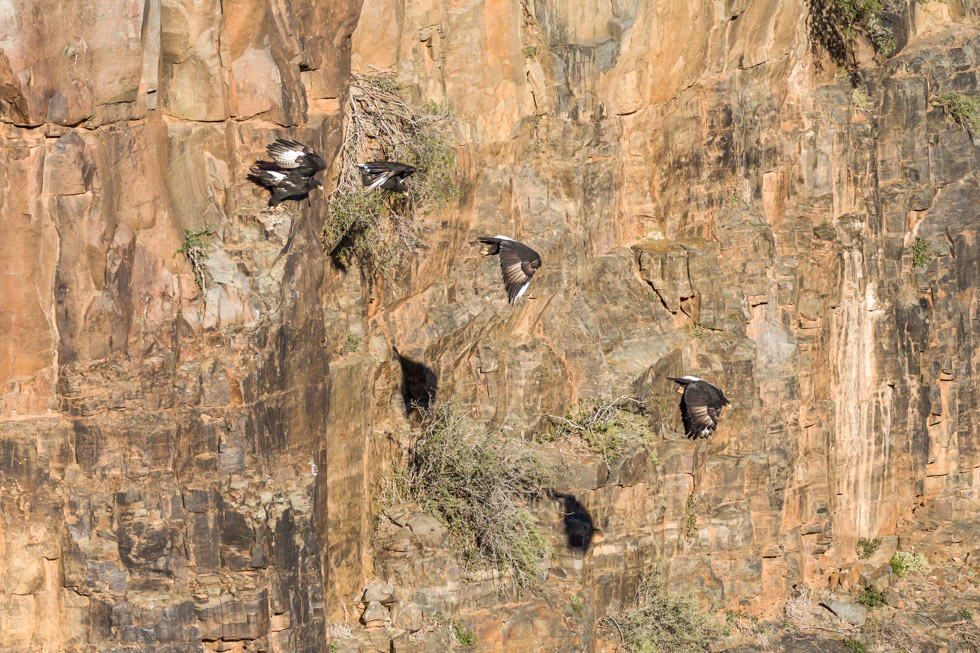 Shahheen Saiyed via LinkedIn: “Adriaan these pictures are absolutely amazing. The scenery is very special and we don’t get to see these so brilliant piece of work.”